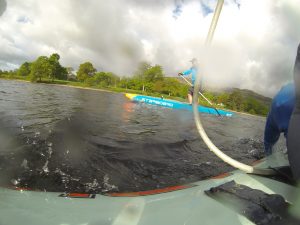 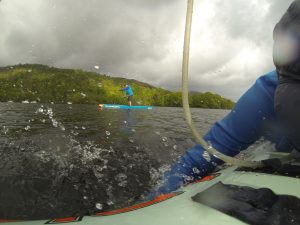 Rough, but buckets of fun!!!
Today was one of those special days on the water. I was out with the Loch Lomond SUP monster that is Niall Colquhoun. As he lives on the shores of the loch, and 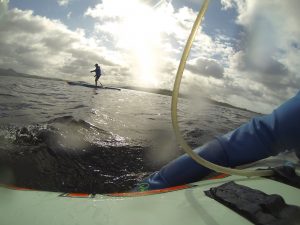 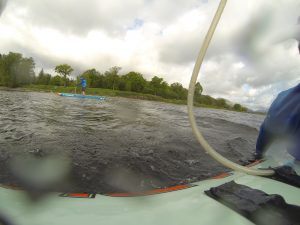 paddles all year round, his knowledge of where to go and where to avoid in bad weather is unbeatable. Today he took me into the wildest part of the loch and it was amazing! 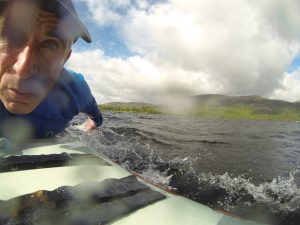 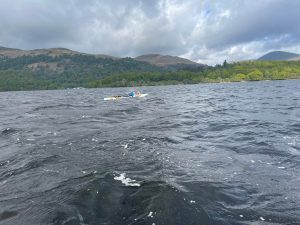 With a steady wind of 25kmph, (gusting 40!), we headed straight into the wind for 4km. Talk about wild, the waves were crashing all around us. Sometimes I went over the waves, and other 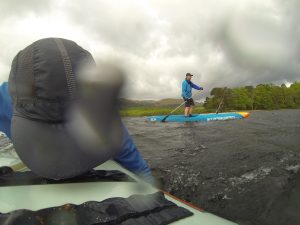 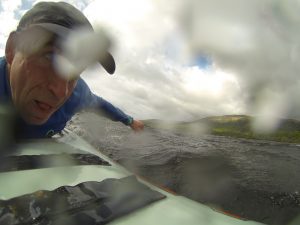 times I went under them. Surrounded by big lumps, with the wind blowing spray off the top of the white horses, I couldn’t have had more fun.
Then it was time to turn around and try to use the tailwind. I 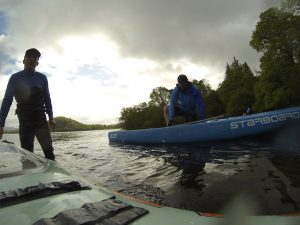 think I managed to ride a few of the waves but missed many more. (It’s a skill I need to work on.)
Even though Niall was never far away from me, it was still hard to hear his guiding instructions due to the wind howling, and the waves crashing off the board.
The last wee section took us in and around the wee islands of Inchgalbraith, Inchmoan and Inchconnachan, where there were some strong cross winds which came close to rolling me over on several occasions. Then it was back to the launch point, 10k, and 90 minutes later.
One of the lumpiest, but most exhilarating days I’ve had on my prone so far! Who needs to see it when you can feel it!?!