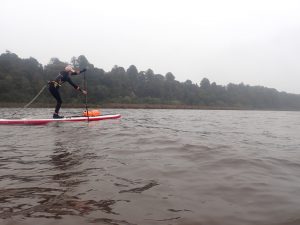 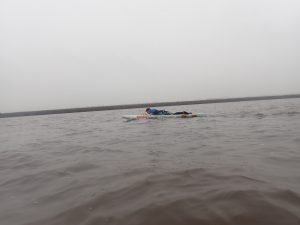 Today, Piotr, (Outdoor Explore), took Lindsay and I a few hundred metres across the Perthshire border into the Kingdom of Fife. Although today’s session was going to be short, it was not going to be easy. Piotr described the planned session as like being on a treadmill. 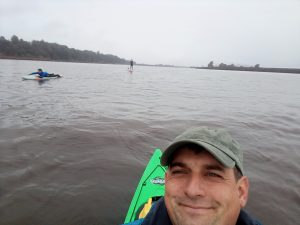 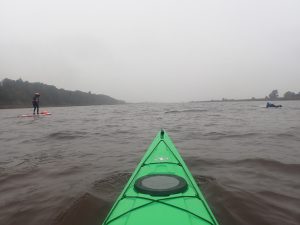 From Newburgh, we headed upstream, with the wind and tide behind us. Sounds easy? Nope. Not only were we paddling against the current of the mighty River Tay, (Scotland’s longest river), but we were less than 3kms downstream from where another big river, the River Earn, joins the Tay. The combined current from these 2 big rivers was harsh.
The going was tough. Just like Piotr had said, it felt like we were on a treadmill, working hard, and sweating in the cold air, but barely moving. I even surfed a few waves, hoping that this might increase my speed, but my stats told me I was only pulling 4.8kmph. (My usual pace is around 7!) 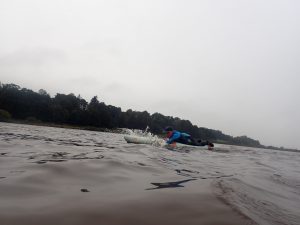 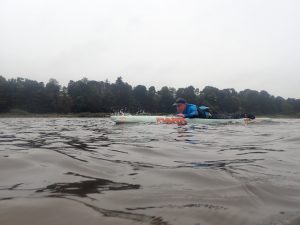 Saying that, once we turned around, the return trip, with the current, was wicked! The upstream stretch had taken just over 30 minutes to complete, but the return trip was around 15 minutes. At one point I was doing 9.8kmph, which on a prone board, with my face just above the water, felt like I was flying!
Another great day out, and a new location for Lindsay and I. Thanks Piotr!