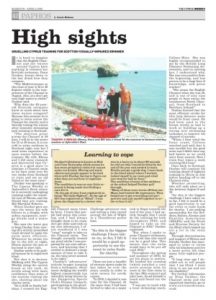 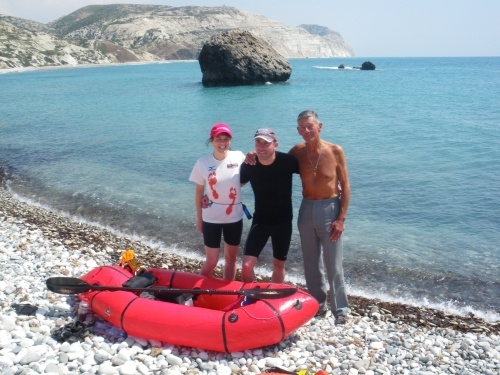 TAKING A BREAK: “Rhona, Dean and Bill take a break for the cameras in between training sessions at Aphrodite’s Rock.” – photo courtesy of Cyprus Weekly