In my last post I wondered how the new Vanquish V14” Expedition would perform on bigger waves. Today I found out!
At 6am I met up with James Fletcher & Caorann Fosbrooke at Ardersier to check the conditions. If we headed off soon, we should miss the worst of the weather that was on it’s way. 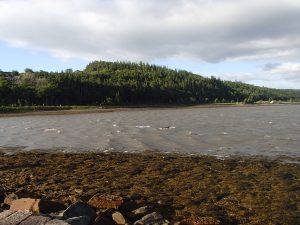 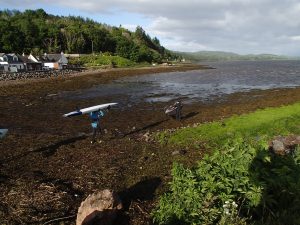 A little over an hour later we were ankle deep in some sludgy mud at Clachmaharry beach. After a short paddle into the incoming waves, (where we took a bit of a battering), we joined the main body of the Moray Firth and turned east. 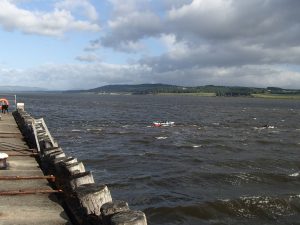 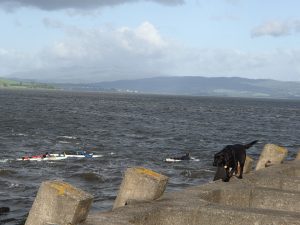 With the wind and tide behind us, we shot off towards the Keswick Bridge, passing under it at a little over 11kmph.
Our plan was to stick together for this run, and although I knew the other 2 would be keeping an eye on me, I kept trying to look out for them. My only clue to their whereabouts was to look for their white boards, which should stand out on the dark water. However, as the paddle went on, I started to see white boards everywhere I looked. I soon realised that this was not the boards, but white horses! 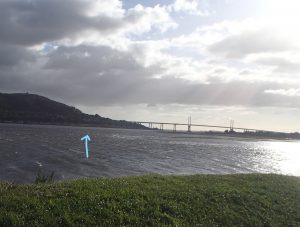 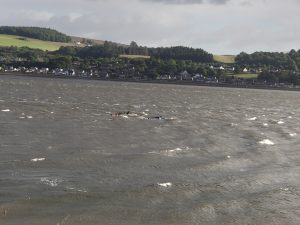 When we had set off, the wind was blowing at around 15kmph, (gusting 30), but as the paddle continued, the wind got stronger, and white capped waves were all around us. The waves ranged between 2-3ft high, and although choppy and inconsistent, James and Caoram still managed to kneel up and catch a load and shoot off downwind. I also caught a few, but as I was lying down, I didn’t seem to travel quite so far. 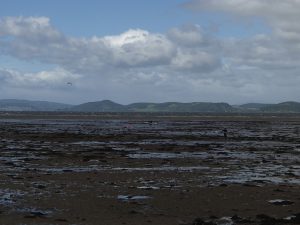 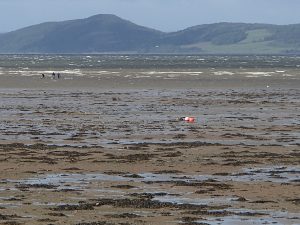 I had managed to stay on my board for almost the whole trip, while the others had taken the odd swim. 50m from shore, a wave hit me and I too took a swim, but fortunately the water was only waist deep, so no drama. 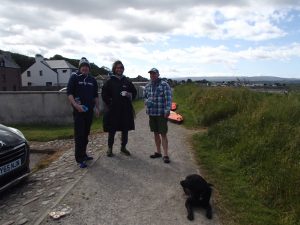 Once we finished the paddle the hard work was not yet over. At the start of our trip the wind speed was 15kmph, but a little over 2 hours and 16km later it had increased to 25, (gusting 40). The battle was now on for little old me to stop the wind from ripping my 14ft, lightweight board out of my hands and smashing it off the beach, as I carried it back to Aredersier car park. Fortunately, Rhona was there to meet us, and she was able to help me carry it over the last hundred metres. (Thanks gorgeous!)
A great day on the water, with great company. Thanks guys!
And the verdict on the new board in these conditions was “excellent”. If I’d been on my other board, in these conditions, I would have taken a lot of swims!