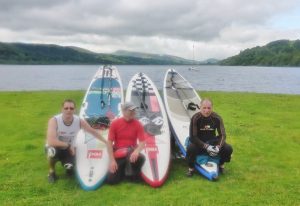 Earlier in the year, having found myself with some time on my hands, I started to plan a number of adventures that were on my bucket list. No sooner had I pencilled them in I became busy again so a certain number of ideas got shunted down the list giving me a batting order of UK based road trips for 2016. With the 90 mile Argyll Sea Kayak Trail (ASKT) and SUP Til You Drop at Ullswater out of the way by June I switched my focus to the Three Lakes Challenge, which is quite similar to the Three Peaks Challenge except for the hills and the running!
Read full article HERE