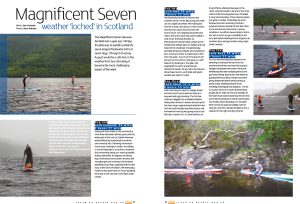 The Magnificent Seven idea was decided over a year ago. Simply the plan was to paddle Scotland’s seven longest freshwater lochs in seven days. I thought choosing August would be a safe bet on the weather front but ultimately it became the most challenging aspect of the week