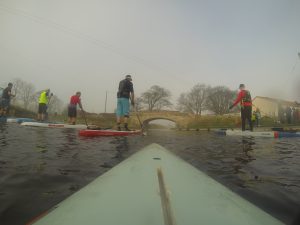 Oops, drat, and other 4 letter words poured from my mouth.
With just a few seconds to go before the start of the Paddlefast 10k SUP race, I realised that I’d forgotten to turn on my Strava, and I needed that to know when the 5k turn point was coming up, as I’d be on my own. (Memories of my 2016 GGP start came to mind, when I forgot to turn on my tracker.)
As the race started, I made my way over to the side to find Rhona, to do the swipey thingie on the machine thingie. 4 minutes later I did a fast reverse, to get back on course, when THUD! Not to worry, I’ll look at that later.
For the next km I was on my own. Then I spotted a SUP. “I’ll take him and then look for the next one”, I told myself, 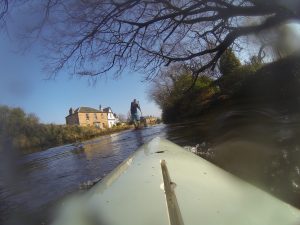 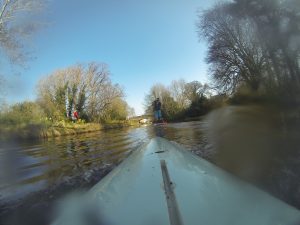 but as I paddled past him, he just stuck on my right shoulder, and I couldn’t shake him off. It was only 5 minutes later as he guided me around a weed island, that I realised it was Allistair! He’d been waiting to guide me. 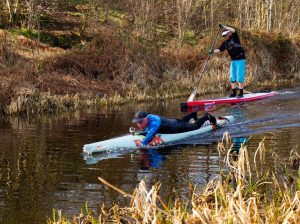 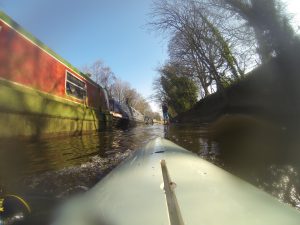 On a canal, you wouldn’t think I’d need much guiding, but the weeds proved to be a massive issue. Over 10k, I had to stop at least 8 times either to reverse to clear the weeds from my fin, or for Allistair to clear them with his paddle. 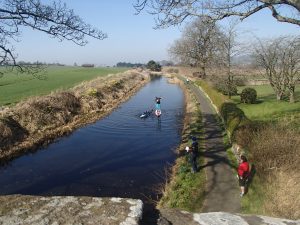 Even on the last 100m, where I tried to open up and finish with a sprint, Allistair had to do his thing. Thanks mate!
I’m glad to say that I won my category!! The odds were in my favour, as I was the only prone board there. This means I also came last in my category – must try harder!!
I’m very proud to say that Rhona came 1st in the lady’s 5k and 3rd overall.
This was a great event, with people of all abilities pushing their own limits. Well done to them and thanks to Paddlefast for a great event.
Also, thanks to Kate Stevenson for the side-on pic of Allistair and I. 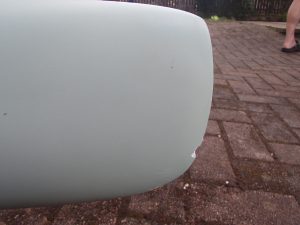 Oh yes, that THUD, well I managed to take a chunk out of my tail, so Commander Stumpy is in temporary retirement, while I wait to get it repaired.