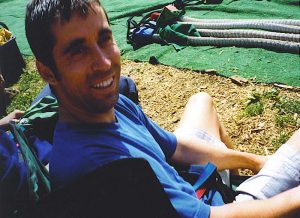 This was to be my first bungy jump, or is it bugee jump? It was going to be from a crane at around 80 metres up.
There was an adventure and extreme sports festival taking place there and I was really buzzed up. 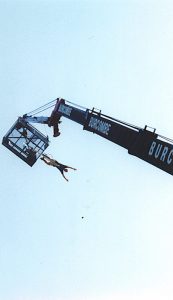 After being weighed in and tied up, I had to sit and watch the other bungy jumpers before it was my turn.

When it came to my turn, I couldn’t get up there quick enough. Once I got up, I began to feel a little nervous. The thought of hanging around up there did not appeal to me, so when the jumpmaster told me I could jump, I did. I leapt forward into oblivion, and it felt fantastic! 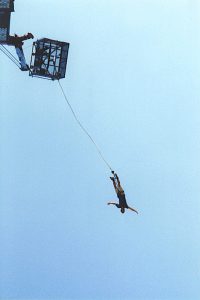 The bounce at the bottom was not harsh, and flying back up seemed really weird. It was an amazing feeling, and the buzz lasted a lot longer than the jump! Little did I know that the buzz I was getting now, was something I would start chasing all over the world! 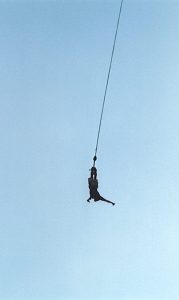 I have spoken to a lot of people who have had a go at bungy. Most have admitted being scared, but not one of them has regretted doing the jump! 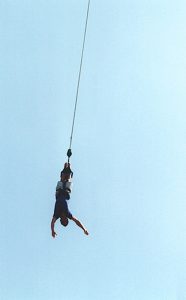