In June of 2004, I was contacted by Jon Brooke and asked if I would add his event to the Extreme Dreams Events Page. The event was the Hebridean Challenge – a 5 day adventure race around the Outer Hebrides. I was very happy to add this event, and as it was in Scotland (as are we), I mentioned it to Rhona. Instead of her saying ?oh that?s nice?, she responded by saying ?that would be good, shall we enter?? 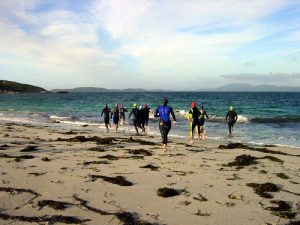 After explaining that the race was over a distance of between 600 and 750km, made up in sections of sea swimming, road biking, mountain biking, mountain running and sea kayaking, and was done by teams of either 4 or 5, she replied with ?OK then, lets get a team together?. This was not the response I was expecting, but not being the type to turn down a challenge (or as some people call me ?stupid?), the challenge was taken up and a search began to find a team. 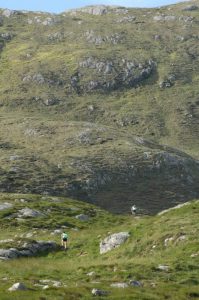 By January 2005, after a few injuries and changes, we had our final team: We could not find a sea kayaker, so were allowed to enter a 4 person team. As I needed a guide for my sections, our team was increased to 5. The team were: 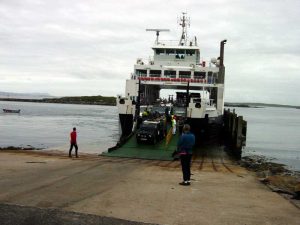 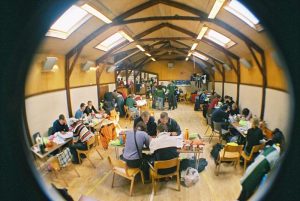 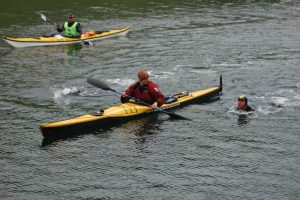 Most of our training began in January/February, but mine was halted after an ice skating injury in early March. This resulted in a couple of cracked ribs and a swollen knee. This meant around 3 weeks off training. Then, back in the swing of things, around 6 weeks before the challenge, I was rushed to hospital with appendicitis. Within 12 hours of arriving at the hospital, my appendix was out, and the doctor told me that I?d be ready for training in around 3 weeks time. Sure enough, 3 weeks later I was training.The Hebridean Challenge was due to start on Monday 4 th July, and briefings were to take place on Sunday the 3 rd, on the Island of Eriskay. To get there on time, we took a ferry from Oban on Saturday the 2 nd. We then set up camp on the beach. The wind was fairly strong when we set the tents up, but by early evening, this wind had picked up to a Gale Force 10. Out of our 3 tents, only one was still up on Sunday morning. This was not ours. 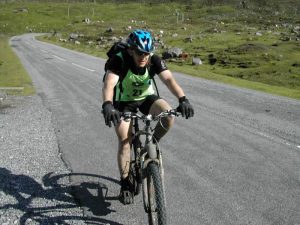 So on Sunday, after only a couple of hours sleep, we started our preparations for the week ahead. The route was given out 7 days earlier (to prevent too much reconnaissance). We could plan most of the route, but were not told about the ?mystery sections? on Monday and Thursday morning, until the night before. 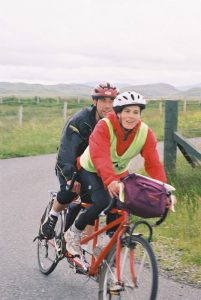 Now this is when I could bore you silly with a daily run down of what we did, who did it and where. But if anyone is planning to enter next year, I don?t want to give too many clues. All I will say is that we started with a sea swim in the sea on the Monday morning and finished with a swim in a loch on Friday evening. Somewhere in between the 2 swims, we cycled for stretches varying from 15km to 60km, ran distances of anything up to 20km (with a total of around 10,000 metres elevation) and mountain biked over some amazing and very technical tracks (including a time trial, across the mountains, of around 40km). 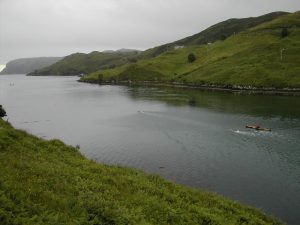 Our team had trained hard, and it was just as well. If you were not running, cycling, swimming, etc, then you were preparing to be tagged or loading/unloading kit from the team Land Rover. If you were not doing any of that, then you were driving/travelling from one point to the next, throwing food and drink down your neck, getting ready for your part later that day. Most mornings we were up for 5am, taking our tents down, packing the Land Rover and trying to eat some breakfast. Then in the evening we were off to our tents, after re-planning the next day, for around 10.30pm. 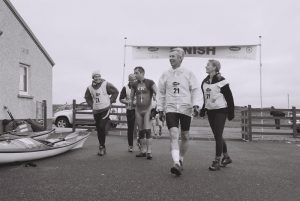 It definitely was a tough challenge, but one that we are all very proud to have taken part in! Who knows, we may even be back in 2006!?!