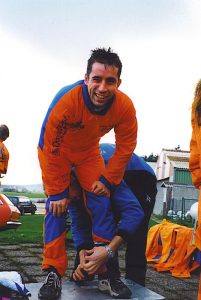 Whilst looking around for a new challenge, I came across an amazing site on the Internet. It was full of weird and wacky pictures of people doing some strange things with lengths of rubber. This was the Dangerless Sports Club, (not to be confused with the Dangerous Sports Club). As I read through their information, I realised that these people were well worth getting in touch with. After contacting them, I was informed about their next trip. This jaunt was to go and jump out of a helicopter on a bungy cord at around 400 metres above the Bavarian countryside. This sounded like a lot of fun and was exactly the sort of thing I was looking for!Before meeting up with the other club members, I wondered to myself what these people would be like. I thought that they may be a bunch of anoraks who spoke only about “the correct lengrh and wieght of bungy cords” used in the past and things of that nature. Instead, they turned out to be a great bunch of people who were looking for a good time, and if that included a bungy jump, all the better! As soon as I met them, I knew that we were in for a good trip. 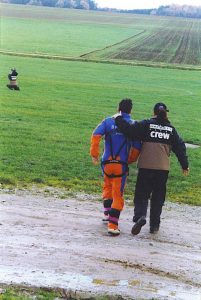 They were made up of first-time bungee jumpers and others who were very experienced. Some of them had made over 20 jumps whilst others were fully-fledged sky-divers and one guy was into swinging off cranes! One of the jumpers was David Kirke. A founder member of the Dangerous Sports Club and the first ever bungy jumper in the world, outside of Vanuatu in the Pacific. 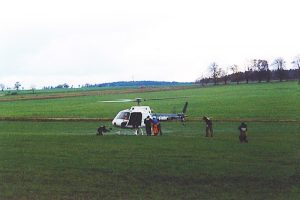 On April 1st, 1979 a few guys from the Dangerous Sports Club, based in and around Oxford University threw themselves off Cliffton Suspension Bridge in Bristol. The jump and subsequent arrest of the jumpers made it onto international television and was watched all around the world.

This is apparantly where AJ Hackett got the idea of setting up his first commercial bungy jump site. 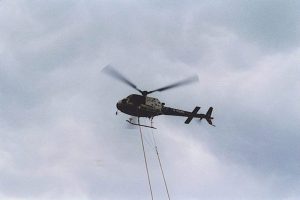 The helicopter-site is run by Sports Unlimited in conjunction with AJ Hackett. Once everyone is at the site, there is a demo jump, by one of the staff. That is when it really sinks in. After the demo, it was time to start getting ready for our jump. Some of the group were starting to get a little bit nervous. Surprisingliy, I still felt very calm. Once we were up in the air, the situation changed dramatically. The rotar blades were so loud, and the down draft was really cold. It suddenly dawned on me what I was about to do.The adrenaline turned brown! 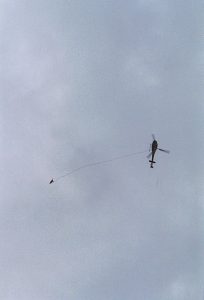 When I was asked if I was ready to jump, the answer was a definite no! The jumpmaster looked at me in a rather quizical way. I just shook my head and asked him to get on with it. This was possibly the scariest thing I had ever done in my life 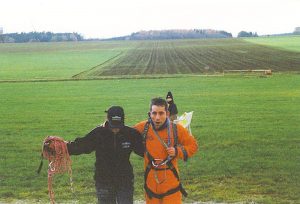 I leaned forward and dived out of the chopper! It went very quiet, and I forgot about the cold. Once out of the helicopter, it was probably one of the most exciting things I had ever done in my life! The feeling of falling for such a long time, (around 9 seconds), cannot be described. 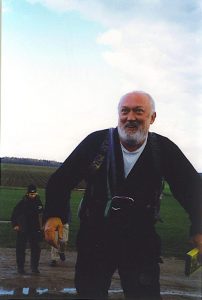 After the second bounce, you release a length of rope from a pouch worn on your chest, and the ground crew help you down to the ground for a soft landing. 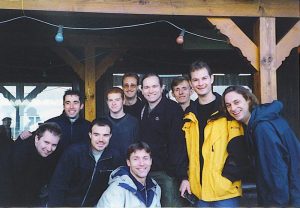 What an amazing day!!

If you ever get a chance to do a heli-bungy, go for it!!

Since doing the jump, I have discovered that I am the first registered blind person in the world to do this. 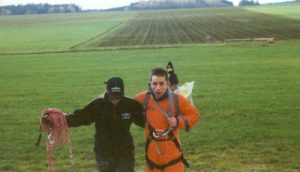