Whilst traveling in Nepal, in 2001, Rhona and I managed to get ourselves on a white water rafting trip down the Sun Kosi River. The trip would last 10 days and cover a distance of around 270 kilometres. The Sun Kosi is the longest river in Nepal, and we would start our trip up in the mountains and finish down in the “Terai”, the jungle. 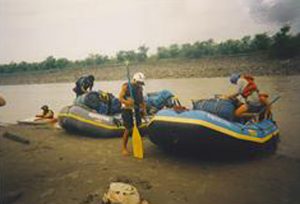 This trip would take us through rapids ranging all the way up to grade 5. The grades refer to the difficulty of that part of the river. This can be due to the speed of the river, obstacles, (rocks, waves), etc. Grade 5 is the hardest level that most white water rafting companies will take commercial customers on. 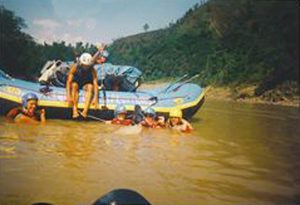 On the first day, we were taken by bus to our camp for that night. This place was luxury compared to where we were going to be staying. There was a bar, pool table, toilets, etc. For the rest of the trip we would be sleeping on tarpaulin sheets under the rafts or canvas shelters and digging our toilets out of the sandy river banks. 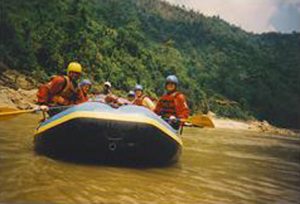 Once settled in we went upriver to have a practice run on some grade 5 rapids. This was a good chance for all those on the trip to work out how the raft operated in harsh, white water conditions and for the team to get to know each other. This also showed us what to expect later in the trip. This was a very good idea and proved that the trip was definitely going to be a lot of fun! 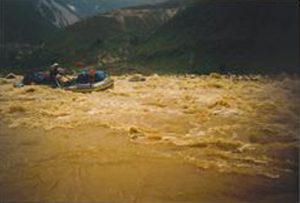 In Nepal, there are lots of white water rafting companies to choose from. We chose to go with “Equator Nepal”. Lots of people told us about their rafting trips, so we had an idea of what to look out for. A lot of companies did not offer safety kayakers. With grade 5 this is essential! We had two of these guys with us, (Colley and Sami), and they proved their worth on several occasions. 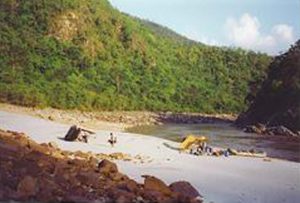 We also had Ohm, who paddled the kit boat. This boat was a huge raft. A lot bigger than ours. It held all the supplies for the next 9 days, (food, cokers, shelters, etc.). Ohm had to paddle this boat, on his own, down the same white water as our raft. He had two giant paddles and hardly broke sweat on the grade 5s. This was one of the most amazing feats of strength I have ever seen. 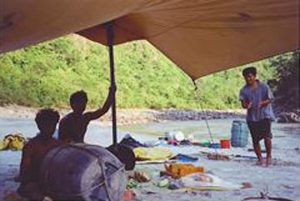 On our raft there was 5 customers and one guide, Deepa. Apart from Deepa, the rest of us were relatively new to white water rafting. Thanks to Deepa’s experience we had a fantastic and exciting trip. He skillfully guided us over some very scary rapids, and through some very tight spots.

When the trip started, the river was fairly gentle and we learnt a lot about rafting and safety. In fact we had safety checks daily! As the trip went on the river got tougher, until it was like a rollercoaster ride towards the end. We capsized on one occasion, and on another a couple of the guys fell in, but at each time the kayakers were there in a flash. 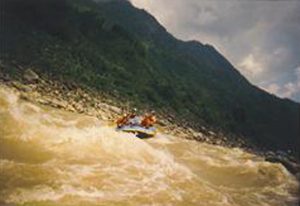 We also had a chance to meet some local people who lived along the river and at one point we were invited into a local village. The whole trip was very eco friendly, with us digging a deep hole for a toilet and taking our rubbish out with us. We also were encouraged to leave any untouched food for the locals. 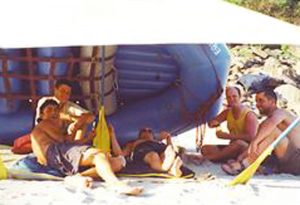 The whole trip was fantastic and I cannot recommend it highly enough. If you ever get the chance to go to Nepal to raft, you must give “Equator Nepal” a try!!! 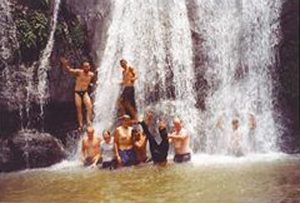 The company we used were called Equator, but they seem to have vanished now. That is a real shame, as they were a great company! 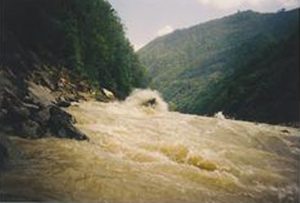