What on earth is a zorb?

Where do I start? Put simply the zorb is a large inflatable ball that people climb into and then roll down a hill inside it. 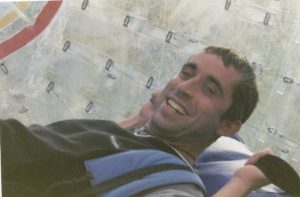 I recently spoke to David Kirke of the Dangerous Sports Club, who informed me that the original concept came from the UK, in the early 1980s. He told me that the idea came from a Welsh artist, and that the DSC built it. Their inflatable ball was around 23 metres tall and had a gimbal inside. A gimbal, I am told, is something that could be placed inside the sphere, but would not roll around as the exterior did. In this gimbal were placed 2 deck chairs for DSC members to relax in, whilst traveling. Unfortunately, the idea never caught on, and the plastic exterior has been cut up and is now being used to cover someone’s compost heap.

Since then, the Kiwis have developed their own inflatable ball. They have called this the “Zorb” and have had great success with it. David Kirke added, that this was the second DSC idea to head to New Zealand, (the first being bungy jumping), and that the DSC were very happy to have been helpful to the New Zealand economy. 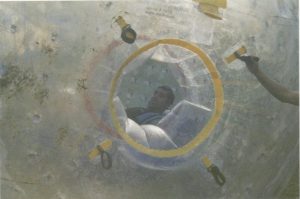 There are two different types of zorbs. A dry zorb and (yes) a wet zorb. Both types sit at the top of a steep, grassy hill and are started by a very kind guy who pushes your zorb over the top.

With the dry zorb, you are securely strapped in and then rolled over the top. From here on you are a passenger on a very exciting ride. You roll and bounce your way down the hill and amazingly the only thing that hurts at the end of this ride is your sides, (from all the laughing and shouting). The dry zorb is a lot of fun and is definately worth trying. 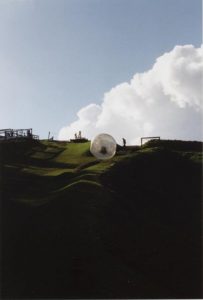 Now the wet zorb is a totally different type of ride to the dry one. With this one, you are not strapped in and you are encouraged to stand up and run like a hamster in it’s wheel. The challenge is to remain upright all the way to the bottom. This sounds easy, so to make things a little harder, they throw some warm soapy water inside. As you can imagine things get a little slippery.

I had a go in the wet zorb with Rhona. As soon as it went over the top of the hill, we were all over the place. We looked like two drunks in a washing machine! Rolling around inside this huge beach ball, somehow we never landed on top of each other. You would think that with all this movement inside the zorb we would have ended up black and blue from hitting one another , but this was not the case. 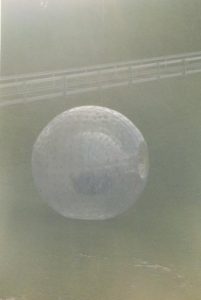 I have also had a go in the dry zorb, but must confess, the wet zorb was the best.

Rororua is where this generation of zorb was creatted, but there is now a zorb site in the UK. I have met the owners, and they are very enthusiastic about “zorbing”. I have included their web-site on the link below, as well as the New Zealand one.