I had booked myself onto the AJ Hackett “Thrillogy” and this was to be the first jump of the day. The “Thrillogy” comprises three bungy jumps. These are the Karawau Bridge Bungy, The Ledge Bungy and the Nevis Highwire Bungy. Most people do these jumps over a period of a few days, but we were due to leave Queenstown in the next day or two, so I had to do them all on the one day! 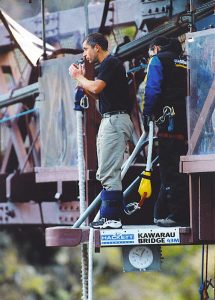 The Kawarau Bridge Bungy is the first commercial bungy site in the world. Located a few miles outside Queenstown, it is set in a picturesque valley overlooking the Kawarau River. 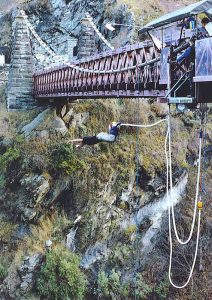 At a height of 43 metres, it was not the scariest bungy jump I have done, but it certainly was a lot of fun! 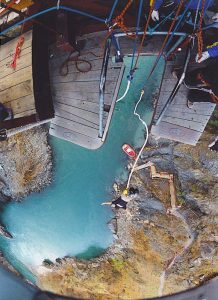 As it was the middle of the New Zealand winter, there were not many takers for a touchdown. So someone had to do it. Guess who. The jumpmaster said that it was probably because I am Scottish, and that we are a hardy bunch! Either that or I was just being stupid! I’ll go with the Scottish angle. 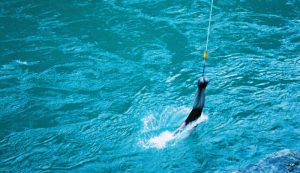 They told me that the touchdown would maybe go as far as my elbow, if I really stretched out! It wasn’t just my elbow that got wet. The cold water shrunk a lot more than just my T-shirt! 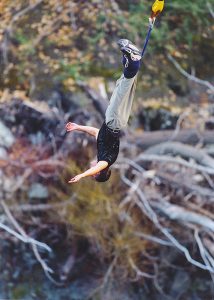 Does this mean that they didn’t know my arse from my elbow?

The guys that man this site are like those on all of the other AJ Hackett sites. They are there to make sure that you have a good time, whether a bungy virgin, or veteran. 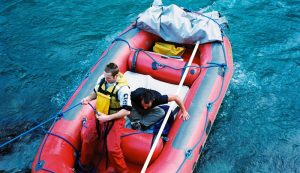