aka All Terrain Boarding – ATB 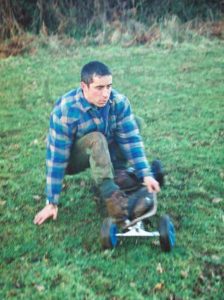 A mountainboard is a cross between a skateboard and a snowboard. They look like snowboards with giant wheels. Mountainboards are also known as All Terrain Boards (ATBs). They were initially designed to go down grassy slopes, but are now used on all kinds of terrains and are widely used with power kites.

The sport has been going in the UK since around 1996, but only really took off in around 2000. 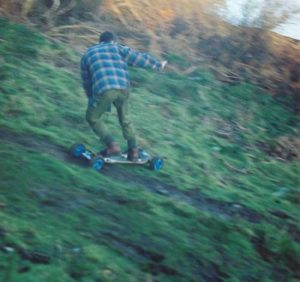 A lot of people use their boards to ride down grassy hills, sometimes jumping over rocks and ramps. But I have also used mine on snow and sand. When the wind is strong enough, a few of us use our boards with power kites, and can be found doing ridiculous speeds along our local beaches. 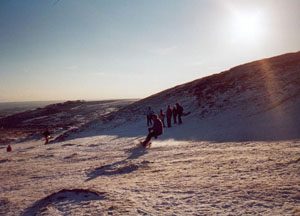 Once you have got your gear, this sport is fairly cheap.A good board can cost anywhere between ?100 and ?400. It depends on what you intend to use your board for, ie, freestyle, kite boarding, etc. You also need to get yourself a set of elbow/knee pads and a helmet for protection. Wrist-guards are also a very good idea. These items are available from most high street skateboard shops. Mountainboards can be bought in some shops around the UK, but are more widely available over the Internet. 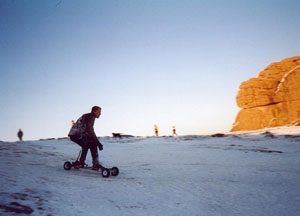 If you have ever skateboarded, snowboarded or surfed, you will pick this sport up really quickly! It is very easy and a lot of fun!! 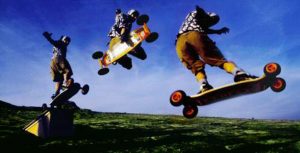 People ask me, “how does a blind guy mountainboard?”. My answer is “very badly!”. But I do have a lot of fun being bad! 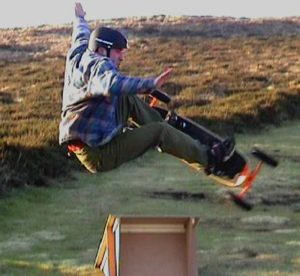