Whilst travelling in New Zealand in 2001, I came across the very unusual activity of “River Bugging”. Described as a cross between a white water raft and an armchair, I decided this was a “must do” activity. Unfortunately, as I was there in the winter time, the bugs were not running. 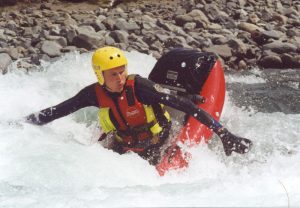 2 years later, I bought 10 river bugs and brought them to Scotland. I ran them, in conjunction, with Nae Limits. These were the first river bugs to come to the Northern Hemisphere!!! 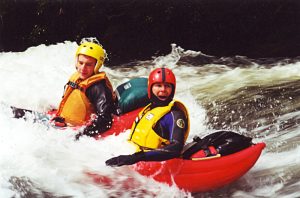 The Bugs are the latest extreme sport to come out of New Zealand. They have been in use there since 1999, and apart from New Zealand, Scotland is the only other country, (at the time of writing this article), in the world, that the River Bugs are commercially available. As most people know, the Kiwis are not known for standing still when it comes to creating new extreme sports. They have obviously been white water rafting and kayaking for some time, but needed to find something else to do with all that white water. That is where the River Bugs come into play. 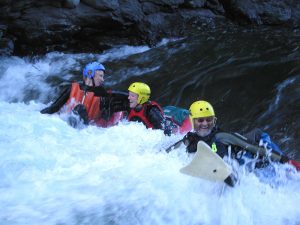 The River Bug is a single-person white water craft. It only weighs around 7 Kilos and is very easy to manoeuvre, with a little bit of training. They can travel through white water ranging from grades 1-3, run small rapids and can even be used to pull stunts, such as pirouettes. Some of you may look and say that grades 1-3 are not exactly extreme, but when you are actually sat in the Bug, with white water splashing all around you, zipping past rocks, surfing the waves and going over the occasional drop, you may change your mind! 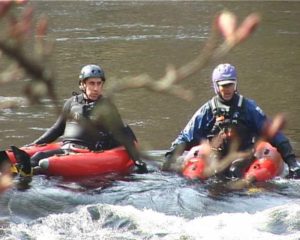 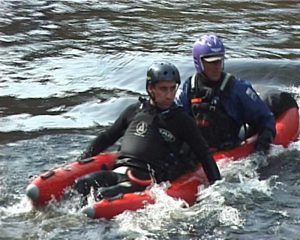 If you fancy a River Bug trip, contact Nae Limits and see when you can have a go! 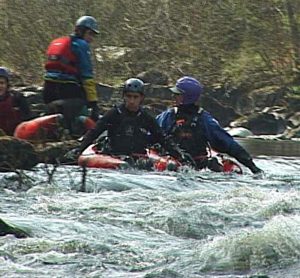