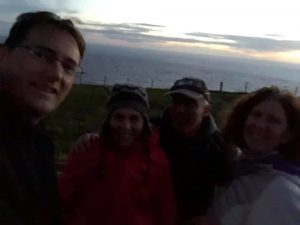 The original plan had been to meet up with the awesome duo of Alison and Allistair, and head as far north as possible, on the longest day, and see if we could be on the water, under the midnight sun. But due to some very strong winds and some even stronger wine and whisky, we decided to keep our feet dry. 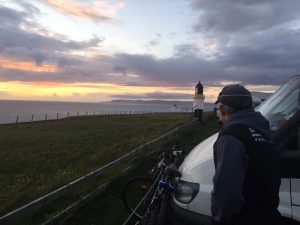 As we stood looking out to sea, at an unlit Orkney, which was still clear to see well after the witching hour, we came up with a new plan.

This new plan was to attempt to SUP/prone the 3 most northerly lochs in Scotland. As we only had 72 hours before we all needed to be home, this would be our cut-off time. 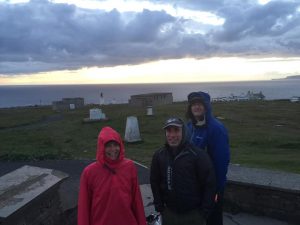 To make things harder parking was limited, and access to one of the lochs meant a combination of 2 portages and the paddling across another loch just to get to the start of the most northerly one – Loch of Easter Head.

And if all of this wasn’t tough enough, again due to parking limitations, we would need to paddle the full length of the 3 lochs, and then turn around to paddle back again. Yes, we would have to do each loch TWICE! 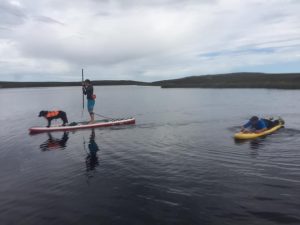 For this mission Rhona would be accompanied by Commander Stumpy on her board, for the full mission, and Allistair would have Admiral “Union Jack Russell” Leia on his board for the final loch – Loch Burfia. 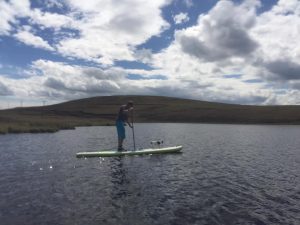 A full breakdown of the distances is listed below, but what I can tell you is that we had 72 hours to complete this one, and I’m glad to say we did it in just under 60 (minutes!)

1st loch
After a 40m portage, a 50m paddle across the top of Long Loch, and a further 100m portage, we took on the mighty 270m of Loch of Easter Head.

2nd loch
After paddling back to the start point on Loch of Easter Head, we portaged the 100m back to Long Loch, which was our 2nd loch, and measured in at 620m. Now you know why they call it “Long” Loch. 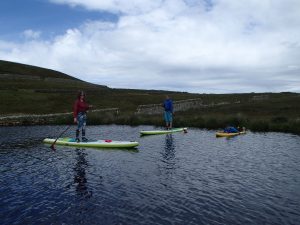 3rd loch
For this one we had to paddle back up Long Loch, portage 40m to the road, then another 80m over the other side of the road before hitting the puddle that is Loch Burfia, measuring a massive 162m at its’ longest.

I can hear you gasp at our great achievement! But don’t forget, we did each loch TWICe. (That’s got to be worth a double gasp, hasn’t it!?!) I’m glad to say, that like the true adventurers we are, we took this mighty challenge in our stride, and were home in time for tea and crumpets! 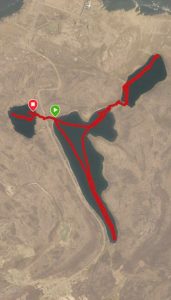