His idea was to SUP Scotland’s 7 longest freshwater lochs over 7 consecutive days.  With Northwest Paddleboards Allistair joining us, we had the same team as we had had for the ASKT and the 3 Lakes Challenge.

“The 3 Amigos” were about to take on “The Magnificent 7”! 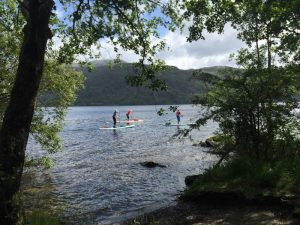 Not only did we have the 3 of us on the water, but we also had Northwest Paddleboards Alison on land as support and PR, and film-maker Dave Robson along with us, to turn The Magnificent 7 into his 3rd SUP film.

As it was to start on the 8th of August, we were all looking forward to a summer adventure, and that’s exactly what we got – a “Scottish” Summer Adventure. 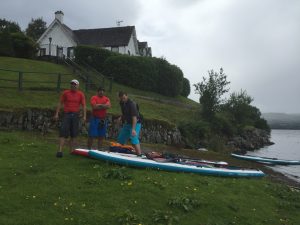 We all met up on the Sunday night at a camp site just north of Loch Lomond.  Finding a place to pitch our tent was quite hard.  This wasn’t due to the number of other tents, but due to the lack of ground above water. 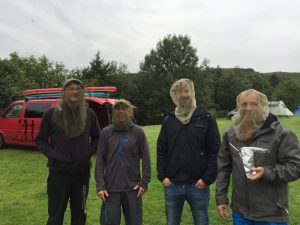 As if torrential rain wasn’t bad enough, the wind was blowing an absolute hoolie!  Those of us who slept in a tent that night couldn’t believe that our tents survived that first night. 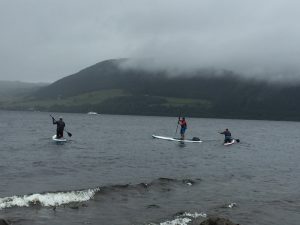 This was a taste of things to come.  I’m not going to write about each day, but will say that the wind and the rain were pretty constant, and when they failed to turn up, the midges didn’t! 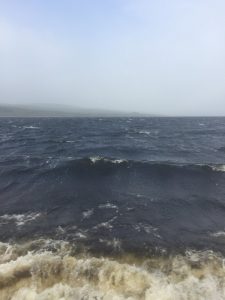 On SUPs, wind can be very useful, if it’s a tail wind.  Unfortunately, over the full 7 days, the wind was behind us for less than 10% of the time.  The other 90+ was either a head wind or cross wind. 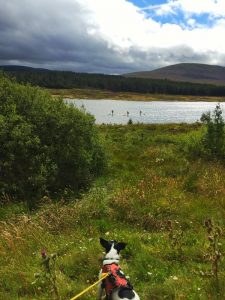 Thanks to an awesome team, we just about completed our mission, with only Loch Shin getting the better of us.  With 40mph crosswinds, this one was not meant to be.  We did go out and give it a damn good go, but after paddling just a few miles, we realised that not only was it only going to get tougher as we fought on, but that it would also get less safe.  After 5 miles, we knocked it on the head. 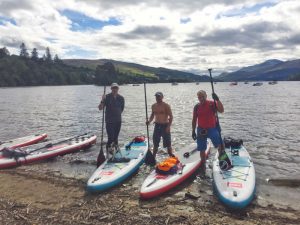 Loch Tay, and the end of the Magnificent 7

Thanks also go out to the very kind people at the Portsonachan Hotel, who supplied us with sandwiches and a boat for Dave to get some shots.

And not forgetting our sponsors, Red Paddle Co and Palm Equipment Europe.

Below are the stats taken from Allistair’s watch.

An epic adventure, with an epic team!