After 19 months of hard training, around £4,000 spent on preparations, training, supplements, etc, and the very kind help from my kit sponsors (featured on the right), my dream of swimming the English Channel has come to an unhappy end.  It would seem that I am a “cold water wimp”! 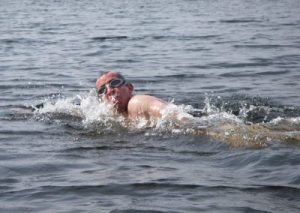 The pool training was right on target, knocking out 15+ miles a week, in a reasonable time.  However, as soon as I stepped out into the open water, things started to unravel.

Being located up here in Bonnie Scotland, the temperature of the lochs rarely rose above 13 degrees Celsius, and that was only for 3 months of the year.  So with this in mind, I spent most of June 2012 training in Jersey and then in Devon.  Unfortunately I just couldn’t push through the shivering stage.  On one of my last training sessions in Devon, one of my support team suggested taking my body core temperature.  (I think he thought that the shivering I was suffering from was mostly psychological.)  However, after a short 15 minute swim my body core temperature had dropped a massive 3.3 degrees Celsius to 33.4 degrees C, which is considered to be “mildly hypothermic.

We had tried many different ways to combat the cold, (well as many different ways as you can when only wearing trunks, ear plugs and a swimming cap), but none did the job.  So it is with sadness that I have decided to give the Channel swim dream up.

Over the 19 months I have met some amazing people and learnt a lot about swimming.  When I first started my training in December 2010 I was unable to swim front crawl.  I now have, (so I have been told), a very good stroke and pace.  So, I intend to keep up a lower level of training and still hope to take on some smaller open water swims.  I reckon so long as they are either no longer than 2 miles, or likely to take no longer than 1 hour, I should still be able to achieve them.  I also still want to have another go at my “Location X” swim this Summer.

Colleen Blair – my coach and member of my support team.  Colleen is a truly awesome person.  Not only did she teach me how to swim front crawl, but she was also a huge inspiration to me.  Colleen is one of the most understated athletes I have ever met.  Not only has she swam the English Channel, she is one of a handful of people to have swum the mighty North Channel and Loch Tay.  And, in 2011 she became the first person to swim the Pentland Firth.  It has been a real pleasure to have worked with her, and I suggest that you all keep an eye out for her name, as I know she has many more swimming records to come.  What a star!!

Carl Sawyer – member of my support team.  Carl has helped in me in other challenges I have taken on, and hopefully will continue to do so in the future.  We spent 10 days in June working on guiding and swimming twice a day.  This was at the same time of him tying to move house, and help his very pregnant wife Maria look after their 1 year old son (and my god son) Harry.  This can’t have been easy for them, having an extra house guest, and taking Carl away from his duties, but they did it and I’m eternally grateful!

Sally’s swimming camp and team.  I met a lot of amazing people at this camp, and would like to say thank you to every one of them for encouraging me throughout the training week.

And last, but not least, Rhona my wife.  She has put her life on hold for the last 19 months to help with my preparations.  I have told her that I will not be doing any major challenges in 2013, so she can get back to her hill running and biking, and maybe even compete in a few challenges of her own.  (I did say “major” challenges, so hopefully there will be a few “wee” ones.)

And once again, thank you to everyone who offered and gave me support throughout.

Here are the companies who very kindly supported me by donating kit to help with my training or preparation for this challenge: 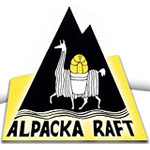 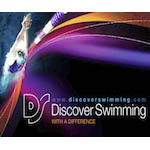 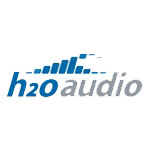 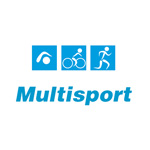 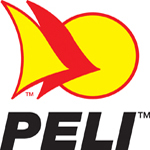 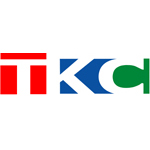